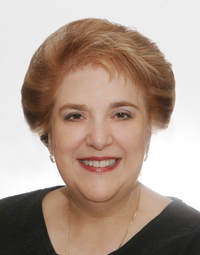 Since 2015, Dr. María Grethel Méndez has been an associate professor in the Department of Education of Abraham S. Fischler College of Education and School of Criminal Justice (FCE & SCJ), where she teaches doctoral courses both online and hybrid, for Students residing in Puerto Rico, Colombia and the Dominican Republic. In addition, she serves as Content Area Faculty for the Master in Spanish Language Education and TSOL 525.

In addition to serving on various committees at Nova Southeastern University, since 2018, she has been the Associate Advisor of the Omega Theta Chapter of Kappa Delta Phi. From 2005 to 2011, she worked at Nova Southeastern University as director of the International Teaching Education Programs (IUTEP and ITEP) of the Latin American Institute of Educational Leadership. (ILALE) of FCE & SCJ.

As director of IUTEP and ITEP, Dr. Méndez worked as part of the ILALE leadership team to coordinate and implement innovative bachelor's and master's degree programs in Florida. She recruited students who had postsecondary credits or bachelor's degrees from their home countries and often worked in non-professional jobs within the commerce or industry. She served as an enrollment counselor and student advisor while providing a level of support that allowed them to complete the bachelor's or master's degree program and find positions as teachers. In addition, she coordinated and supervised all administrative aspects of the IUTEP and ITEP programs.

Under her leadership, the ITEP program graduated more than 400 students enrolled at Miami-Dade, Broward, Palm Beach, Tampa, and Orlando campuses. After she retired from Miami-Dade County Public Schools (M-DCPS) in 2011, she began working as a Doctoral Enrollment Counselor / Program Professor at FCE & SCJ. Also, for ten years, she was president of Fischler's professional association, Phi Gamma Sigma. In addition, she was co-director of the Title V-B Grant, and since its inception, president of the HEPEG Awards Committee. This experience has allowed her to experience and see the sustainable growth that this grant of Title V-B has provided to doctoral students, faculty, and FCE & SCJ staff.

Immediately after graduating with honors, Cum Laude of Barry University in 1972 with a Bachelor of Arts in Secondary Education (French and Spanish), Dr. Méndez began teaching at Palm Springs Junior High in Miami-Dade County Public Schools (M -DCPS), the fourth largest district in the United States. There she was highly involved in all aspects of student life and school committees and, as such, became a member of the school's leadership team. At the same time, she continued to prepare and obtained a Master of Science in Guidance and Counseling in 1976. In 1980, she was appointed Guidance Counselor to more than 770 K-9 students who arrived in Miami during the Mariel exodus. In 1987, she transferred to South Miami Senior High School, where she worked until she retired in 2011 after providing 39 years of service to the District.

For 39 years, she was a volunteer at Miami-Dade County Fair and Expo as Superintendent of the “Expressive Reading” oral competition and as Deputy Superintendent of the Department of Arts and Crafts. In addition, she was a founding member and president of PROFESSIO, a non-profit organization that provided medical care to the homeless. María Grethel Méndez, EdD, was born in Havana, Cuba, and emigrated to Miami, Florida, in 1962, where she has lived since then.