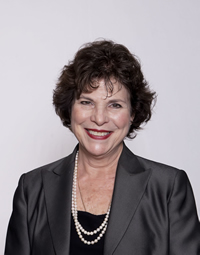 Tatjana Martine, J.D., joined the Abraham S. Fischler College of Education and School of Criminal Justice at Nova Southeastern University in 2007 as a program professor and legal liaison with NSU Legal. She has taught Advanced School Law and Conflict Resolution in the EdD program in Education/Leadership in English and Spanish; Leadership, Social Studies, Sociology, and American Government in the MS in Education degree program; Early Childhood Administration: Financial and Legal Issues in Spanish in the Early Childhood Certificate program.

She has co-published a book chapter and presented at NAESP, USDLA, the Miami-Dade Coalition Early Childcare, yearly Experiential Education presentations to undergraduates since its inception, and at state conferences. She is now an Associate Professor working on becoming a full professor before she retires.

Before joining the Abraham S. Fischler College of Education and School of Criminal Justice at Nova Southeastern University, Tatjana earned a BS degree majoring in Education, History, and Political Science. She also earned two MS degrees in School Counseling and Administration and Supervision from the University of Miami. As an educator, she began with Miami-Dade County Public Schools in the innovative ESOL and Bilingual Education programs. Later she moved to central administration as a project manager for federal programs and culminated the first nineteen years with M-DCPS as Director of Non-Instructional Staffing.

She pursued her second love and earned a Juris Doctorate (J.D.) from Widener University School of Law in Pennsylvania and returned to M-DCPS with a J. D. to become one of three labor negotiators and lobbyists in the school district. Tallahassee, Florida, became her second home for a while when she became General Counsel and lobbyist for the Florida School Board’s Association. Upon her return to Miami, she went into private practice as a consultant, attorney, and mediator for emerging public-private school partnerships. She has been a Florida licensed member of the FL BAR since 1989.