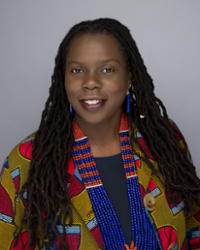 Dr. Charlene Désir is an Associate Professor at Nova Southeastern University’s Abraham S. Fischler College of Education. She received her doctorate from the Harvard Graduate School of Education. Dr. Désir’s academic interest is in the social, psychological, and spiritual adjustment of immigrant students, schools’ social curriculum, and psycho-social trauma occurring in schools. Dr. Désir has presented various papers on the topic of immigrant students and their adjustment to the U.S. She has also published on the topic of immigrant identity, spirituality, and becoming a reflective researcher. Her most recent publications include a 2015 co-edited text entitled Comparative International Perspectives on Education and Social Change in Developing Countries and Indigenous People in Developed Countries, a 2014 article entitled Ayiti Cheri: Cultural Orientation of Early Adolescents in Rural Haiti, and a 2016 book chapter entitled Discovering Haitian Youth’s Spirituality Through a Culturally Based Summer Program. She was the 2012 president of the Haitian Studies Association. She has developed cultural literacy projects in Haiti, and for immigrant children in the United States. Dr. Désir has also worked as a school psychologist, K-12 school counselor, and school administrator in Massachusetts district and charter schools, and as an academic advisor and professor.