Working in the child abuse field can be difficult. We see the worst of people perpetrated on the most vulnerable; our children. Some of us don't have the resources for continuous training or to attend mega conferences. This is why we collaboratively made the decision to host a free conference in South Florida.

Networking Opportunities: This Conference welcomes participants from around the world belonging to a variety of backgrounds, organizations, and agencies.

Our Vision: To give opportunities for professionals in or interested in the field of child abuse to meet, learn and work together. We want our community of professionals to build relationships in our field nationally, regionally and throughout the country.

For more information about the conference, please contact Dr. Denise Crammer at crammerd@nova.edu.

This conference is for

Ronald L. Book is a specialist in governmental affairs and administrative law, with a Juris Doctorate degree from Tulane University and a Bachelor's degree in Political Science from Florida International University, Ron served as Director and Special Counsel for the office of Cabinet and Legislative Affairs under former Florida Governor Bob Graham and was the Director of the Administrative and Governmental Law Department for Miami-based Sparber, Shevin, Shapo, Heilbronner & Book. During part of his tenure with former Governor Graham, Ron also served as Executive Director of the constitutional revision campaign, "Five for Florida's Future" raising close to $1.0 million to support the effort. Over the past decade and a half, Ron has raised over $30 million for various candidates and causes. An active participant in the South Florida community, Ron serves as a trustee of the Greater Miami Chamber of Commerce and is a member of the Broward Sheriff's Advisory Council. He is a past Board member of the Epilepsy Foundation of South Florida, a former member of the Steering Committee for the Summit of the Americas, a member of the University Outreach Development Council at Florida International University and a Board Member emeritus of the Joe DiMaggio Children's Hospital Foundation; Member and Chairman of the Miami-Dade County Homeless Trust. Ron is a founding member of Lauren's Kids, Inc., a 501(c)(3) created to fight childhood sexual abuse. Ron serves as Chairman of the Lauren's Kids Foundation, a charitable entity founded with his daughter, Lauren, to prevent childhood sexual abuse through education and awareness.

Grace A. Telesco, Ph.D. is a Professor of Sociology, Social Work and Criminal Justice in Ft. Lauderdale. Dr. Telesco is a retired Lieutenant who served for 20 years with the NYPD and was the Chairperson of the Behavioral Science Department at the NYC Police Academy. Dr. Telesco has developed various educational programs at the university level utilizing  sociodrama techniques and has presented on numerous topics related to social policy, crisis intervention, and disaster preparedness.

Following the September 11th attacks on the World Trade Center, Dr. Telesco was appointed the Interagency Coordinator of Mental Health Services at the Family Assistance Center where families of the victims received crisis intervention and support. Following Hurricane Katrina, Dr. Telesco was deployed to New Orleans by the United States Department of Health and Human Services to be a part of the elite DTAC (Disaster Technical Assistance and Consultation) Team providing assistance to the Governor of Louisiana and the State Office of Mental Health. 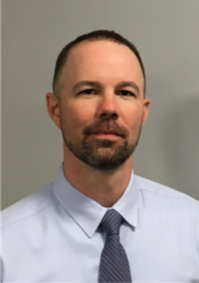 Sgt. Thomas McInerney is Co-Commander of the South Florida Internet Crimes Against Children Task Force and a Sergeant with the Broward Sheriff’s Office Internet Crimes Against Children (ICAC)/ Human Trafficking Unit. He is a veteran of the United States Navy and has an undergraduate degree in Professional Administration from Barry University. Since 2002, he has been part of the Broward Sheriff’s Office, and has also worked in the areas of Road Patrol, Narcotics, Criminal Street Gangs, and Money Laundering. 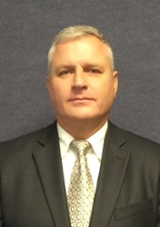 Tony Sparks spent 25 years in the United States Army with most of his career assigned to Special Operations Units.  The early portion of his career was with the U.S. Army Rangers; from there he was selected for an assignment to a Special Mission Unit responsible for Counter Terrorism and Hostage Rescue worldwide.   In 1985 he was selected to attend the Army’s Aviation Flight Training program and became an Attack helicopter pilot. He spent the next 15 years assigned to Army Aviation with nine of those years in Special Operations Aviation and retired while assigned to United States Special Operations Command.  His formal education consists of a Bachelor of Science in Business and Masters in Aerospace Engineering.

While managing several parallel efforts for Department of State, and Department of Defense, Tony Sparks and Rodney Mann, a retired military patriot formed their Non-Profit Phantom Rescue which was started in 2005.  For two years, this team spent time and resources building and shaping an organization to combat the child sex trafficking industry.  In 2007, they unveiled Phantom Rescue, Inc., a non-profit organization that deploys professionally trained teams around the globe to find children abducted into the sex trafficking industry, assist authorities with stopping the abductors, physically rescue the children, and bring them home.  In 2017,  Captain Rescue was unveiled as a program to provide safety education and security awareness to children with the intent to prevent their abduction.