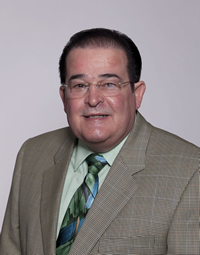 Victoriano López is an Assistant Program Professor in the Department of Educational Leadership and School Administration at the Abraham S. Fischler College of Education/Nova Southeastern University (NSU).  In October 2008, he joined NSU as a professor and Senior Director of the Department of Licensure and Compliance. He currently teaches Masters and Doctoral courses in Educational Leadership, including students in the administration internship program. As a former educator and administrator in the Miami-Dade County Public Schools System he is a highly acclaimed composer, arranger, and adjudicator, and has achieved success in music performance, education, and administration. He holds music degrees from the University of Florida and Florida International University, including a Doctor of Education (Ed.D.) degree in Educational Administration and Supervision. For sixteen years he served as director of bands at Mays Junior High School and Miami Senior High School, and for nineteen years, he worked as an administrator in the Miami-Dade County Public Schools (M-DCPS). He was the principal at G. W. Carver Middle School, which under his leadership received the National Blue Ribbon School of Excellence Award and Miami Senior High School, his alma mater. Additionally, Dr. López has served as the Executive Director for the Division of Life Skills and Special Programs in M-DCPS, and has been an adjunct professor at Florida International University. Among many of his accomplishments, Dr. López was named the “1978 Miami-Dade County Public Schools Teacher of the Year” and the “1979 State of Florida Teacher of the Year.”  In addition to being the former lead trumpet player and arranger for the Miami Sound Machine, he has recorded and performed with various artists and has appeared in numerous music videos. Additionally, in 1999, López served his community as a councilman in the Doral Community Council in Doral, Florida. He has also participated in the Interstate New Teacher Assessment and Support Consortium (INTACS) committee, which drafted model arts education licensing standards and supporting materials for national certification. Furthermore, he was a founding board member of the Florida Schools Music Association, a non-profit organization that oversees all of the music activities in the State of Florida.